We are open and operating under normal office hours and have adapted our procedures to follow all CDC guidelines.

I was first introduced to Bob Riddick Home Services as I observed the quality and detailed workmanship of his employees during a repair and replacement roofing job at our church, Trinity Ecumenical Parish in Moneta, Virginia. The building and grounds chairman of TEP spoke highly of Bob Riddick and the quality of workmanship that his company provided. I was told then and more firmly believe it today that Bob’s company is one of the few trusted roofing companies in our area.

Later I personally had the opportunity to contact Bob due to a hailstorm that damaged a large portion of the shingles on the roof of our garage. This hailstorm damaged several thousand homes in our area. As you can imagine, roofing contractors started to come out of the woods from as far away as West Virginia and North Carolina. Bob and his company immediately began a plan of attack and started scheduling jobs several months in advance. The list of clients was extensive due to Bob’s reputation for service and quality of work. Since my job was relatively small in comparison to others, I told Bob to put me on his list, as I would wait until it was convenient for him to work me into his schedule. This was important for us to wait as I knew if I had any issues in the future, Bob and his company would still be here to resolve my concerns, unlike the many companies who showed up to capitalize on this bizarre derecho hail storm and then only to leave town and never to be heard from again.

I had another occasion to contact Bob when we were having water leakage issues over the roof of our breakfast area. I had contacted our builder and he sent his crew out on two occasions along with his roofing contractor to try and repair the leak. Both of these attempts failed and we still had the leak. I called Bob and he came out and examined our situation. He took a number of pictures and then explained in detail to me his assessment and corrective action plan. His crew came out as scheduled and repaired the roof, which is now three years later and No Leaks! The work was done on a timely basis and billed as quoted with no surprises.

I have come to know Bob both professionally and personally and you will not find a more sincere, honest and personable person to do business with.

He and his company are most generous supporting numerous local civic and charitable activities in our community.

The benefits of using Bob Riddick Home Services is that you are dealing with a local company who has a long-term vested interest in making sure his company’s reputation is paramount in the communities that they serve. The quality of their workmanship, the products they use along with the professionalism of their employees make them a real pleasure to do business with.

Back to Blogs
Next: BRHS stands head and shoulders above the other roofing companies 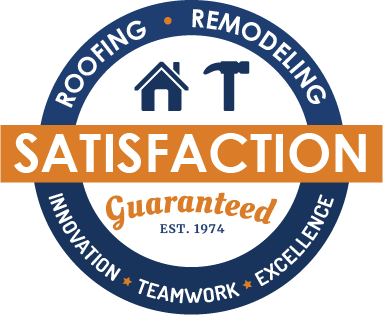 Designed and Powered by NGD. All Rights Reserved.